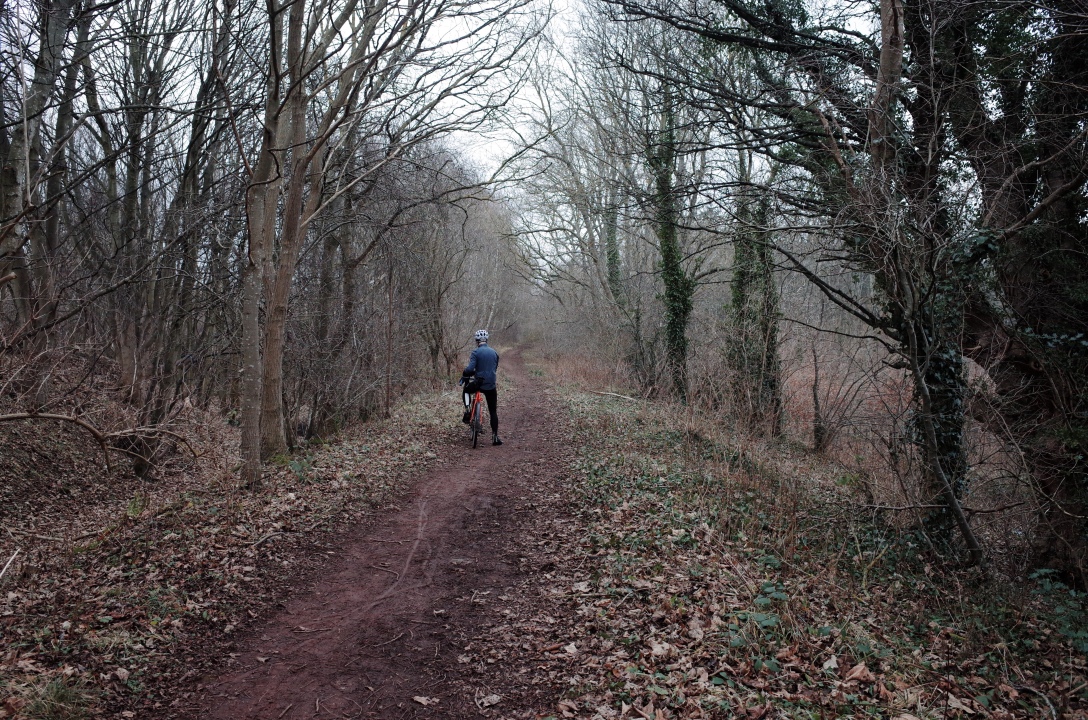 The goal was simple, we were to ride some bikes to commemorate the anniversary of our comrade Rich’s birthday. The route we set was 50 or so miles of easy East Lothian mixed surfaces following an Audax route. No hills paired with a gentle pace would assure a good time for all and that nobody would be broken physically and unable to enjoy evening beers and eats. What could go wrong, even the weather looked like it would cooperate. 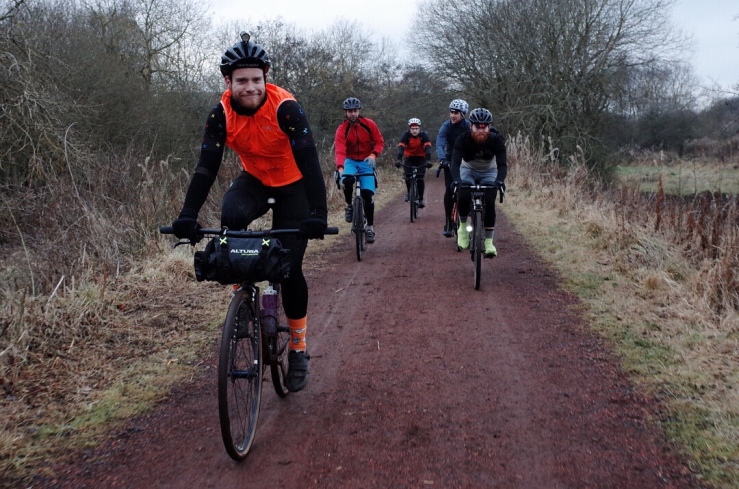 We were expecting some delays, we are human after all, but I don’t think any of us had anticipated just how much time we were capable of wasting when simply organising six people to meet at a place and ride a predetermined route at the same time.

I will admit that I am prone to faffing, whether it be arriving somewhere on time, having my kit ready or even really knowing whats going on. However Rich is worse and to keep his faffing under control we were to meet at his where it is warm and dry and there is coffee. Tom set the tone of the ride straight away by arriving 40 minutes late however Rich was still wearing slippers so more coffee was poured and we stood and admired Tom’s new steamroller*.

I then noticed I hadn’t brought any water and due to my sleek but specific cage-less bottles it meant a quick ride home and back. On my return Rich was now wearing cycling shoes and bikes were ready to be ridden. After a puncture scare was resolved with some more air and some fingers crossed we were on our way.

Or so we thought as nobody had a copy of the route. With some fiddling of technology I had the route loaded up** and with only a couple of wrong turns we were out of Edinburgh and following the Pencaitland railway path. We turned off again and followed some flat but greasy tracks through woods that encouraged speed and a healthy trust in your front tyre. The muddy fun was interrupted with that tell tale squelchy wobbly feeling of a puncture. Tubes were changed and old ones stashed in Tom’s handy basket. My ridiculous dropouts were less hassle than expected and we were back on the move. This was unfortunately the first of three flats for this ride which resulted in me having to borrow tubes from almost everyone in the group. With each puncture my nightmare mish mash of sliding dropouts, gears and disks became more infuriating and fiddly to re-setup. 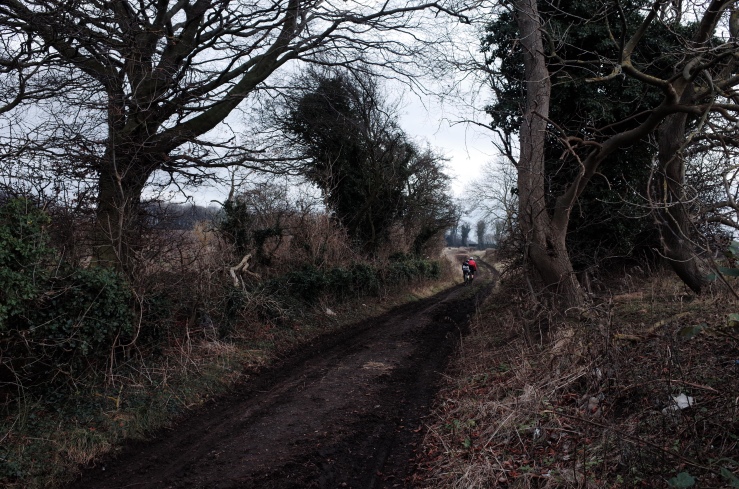 After our pie stop in Haddington we followed some very sticky farm tracks that wiggled us around Longniddry and took their toll on tyre clearance and Tom’s patience. Due to grot jammed wheels some bike carrying was involved and sticks were frequently deployed to poke mud out of brake calipers. As day light failed, the temperature dropped and I finished up fixing my third puncture, the mood changed from enjoying bike rides to simply looking forward to getting home. The day fittingly ended with us riding on the road in the dark with everyone forming a protective luminating circle around myself as I had unwisely not brought any lights.

Although frustrating and often discouraging I guess you occasionally need these rides, the ones where things go wrong and bikes break, legs feel weak and routes are bad. As without the faff you just would not enjoy the trouble free rides as much and without the mistakes you would just inevitably make those same mistakes another time when it’s maybe raining harder. In this instance the most important thing to remember is that although all these things will happen and life will feel miserable, at least we still got to ride bikes with friends. 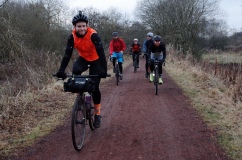 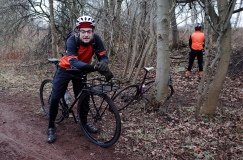 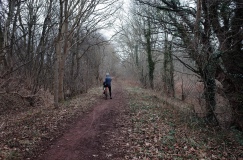 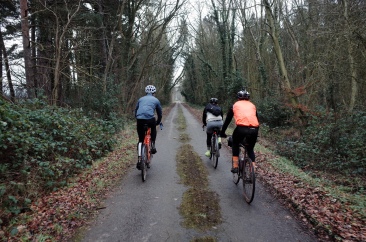 ** Lezyne Enhanced GPS and iPhone – Download GPX from Strava website to Google Drive, rename to remove.txt, upload to Lezyne Root website and send to GPS via app….. if you need to know.

1 thought on “MASTERS OF FAFFING”