For the last few years I have been super stoked to do the Dirty Reiver and then when it actually comes round to committing money to tickets I have faltered and backed out. No suitable bike, no time off work or lazy legs, I have probably ticked all the classic excuses. This year is different, I was organised(ish), equipped and fairly keen. I say equipped, in the eyes of most riders my bike choice is probably deemed as a form of sadomasochistic torture.

However as I am still hooked on the Surly Steamroller dream life and with some encouragement from fixie king of Scotland and fixed Reiver veteran Stu Allan, I now have no excuse not to ride.

This build was meant to be a 2.0 version of my Grinduro setup. I was fairly stoked on my Grinduro setup and have had a lot of fun riding it since but after many grav grav miles and dirty fixie skids some needed upgrades have become quite apparent. Unfortunately due to a mixture of laziness and lacking funds the end result of my dark winter months stock piling parts hasn’t achieved anything, so here is my Surly Steamroller Fixed Gear Dirty Reiver setup. 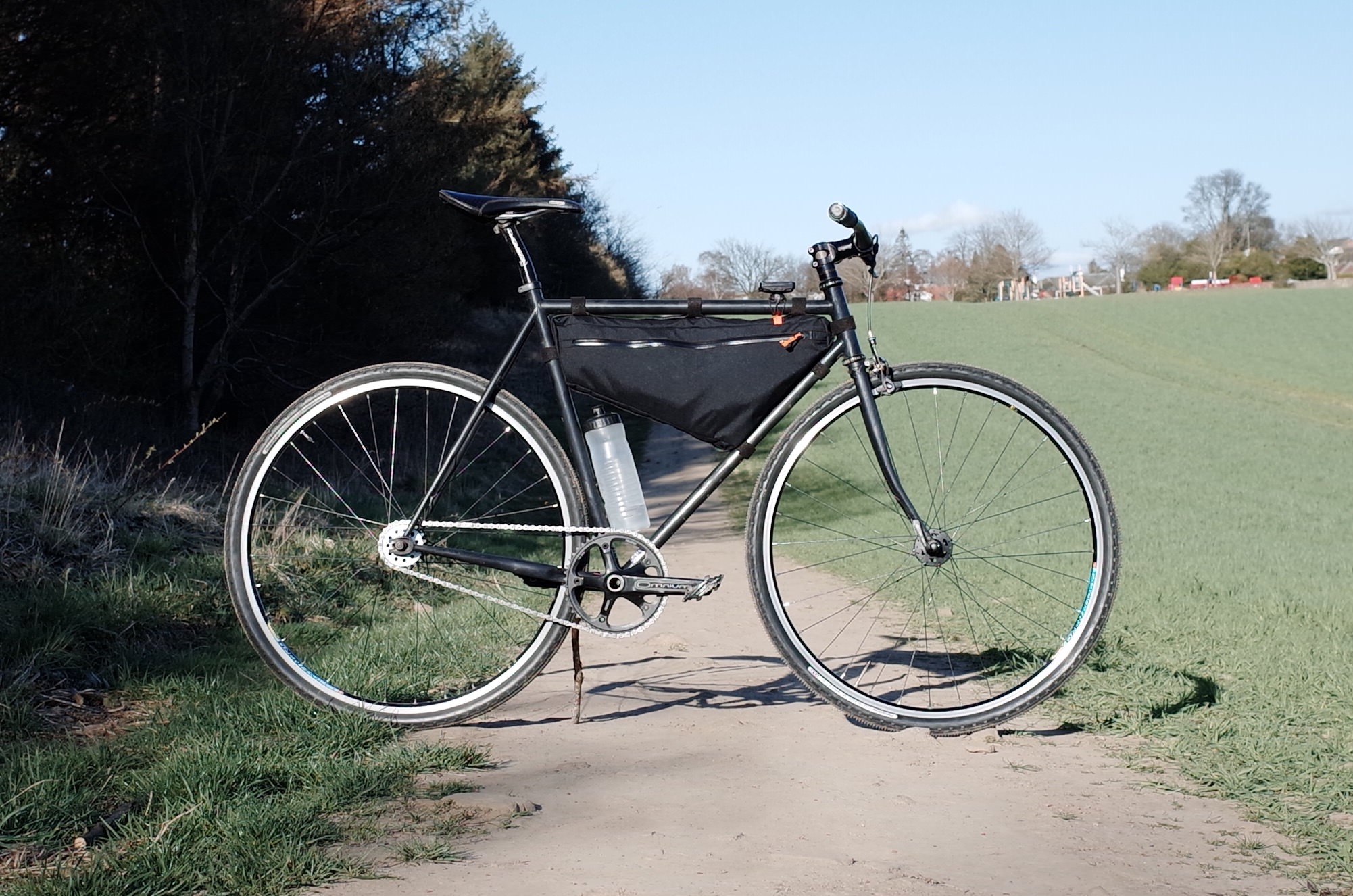 The original plan had been to tackle the biggest issue, the lack of braking power and resulting crippling finger pains. Due to a mixture of ill planning, headset incompatibility and vanity means that there will be much less rear tyre tread and very little pointing at things at the end of the ride. 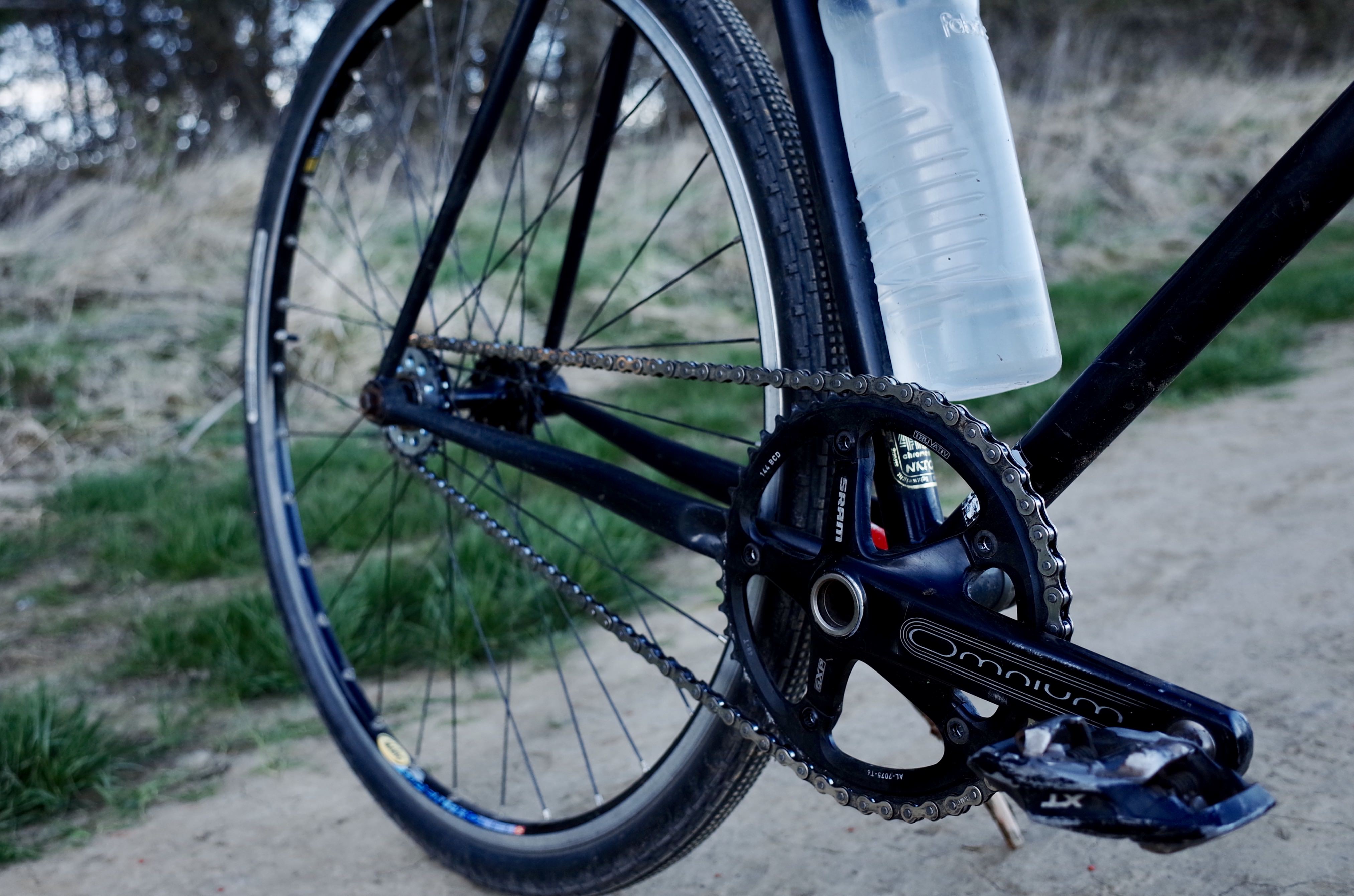 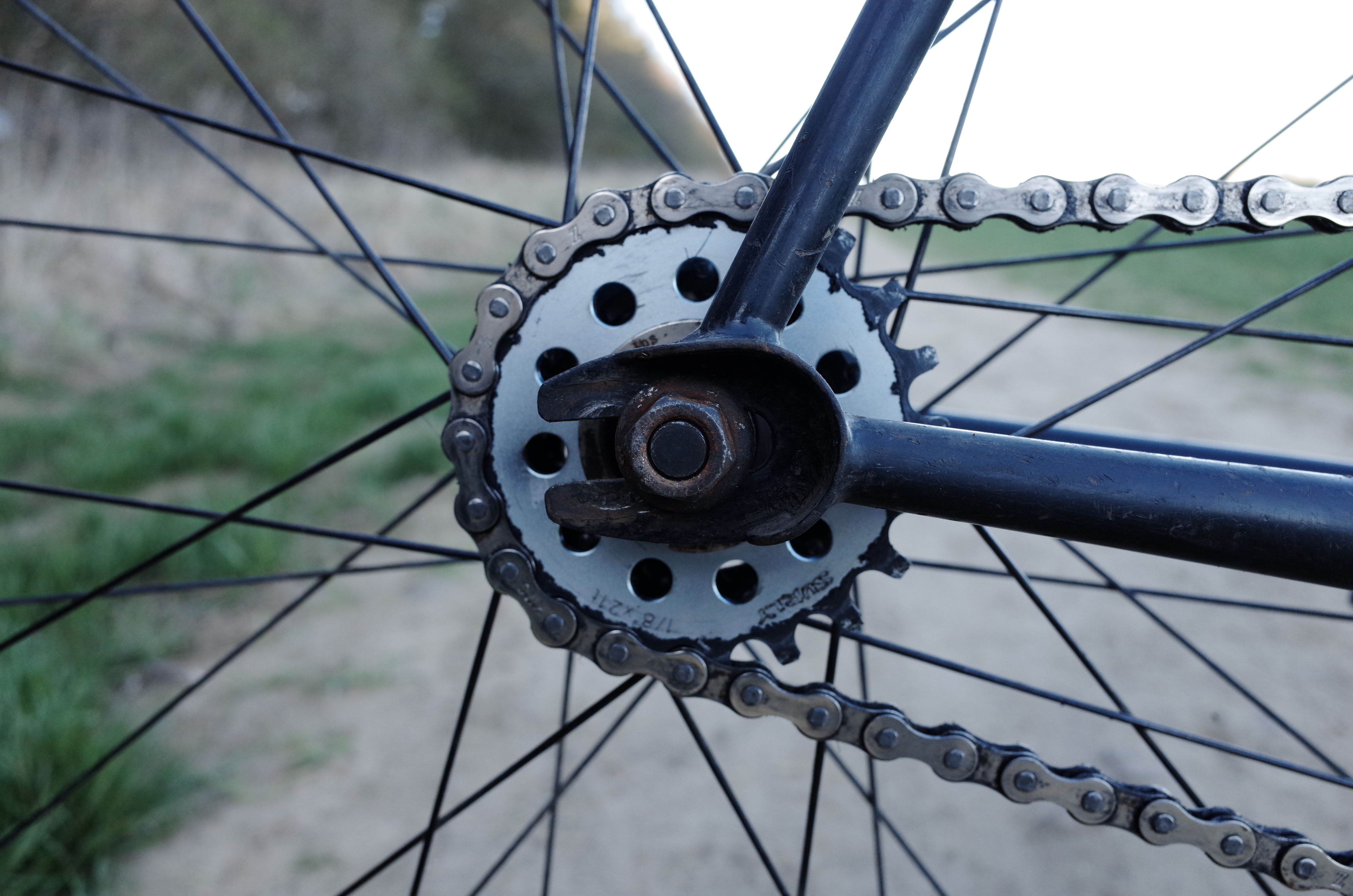 Something that will be updated from the Grinduro setup is that I will be running a much more suitable gear. 48×21 should take the edge off the vast amount of climbing that will be served throughout the day. My test ride (one flattish commute to work) confirms it is  certainly lower than my usual gear. It feels good though and the bike spiritedly zooms forwards. 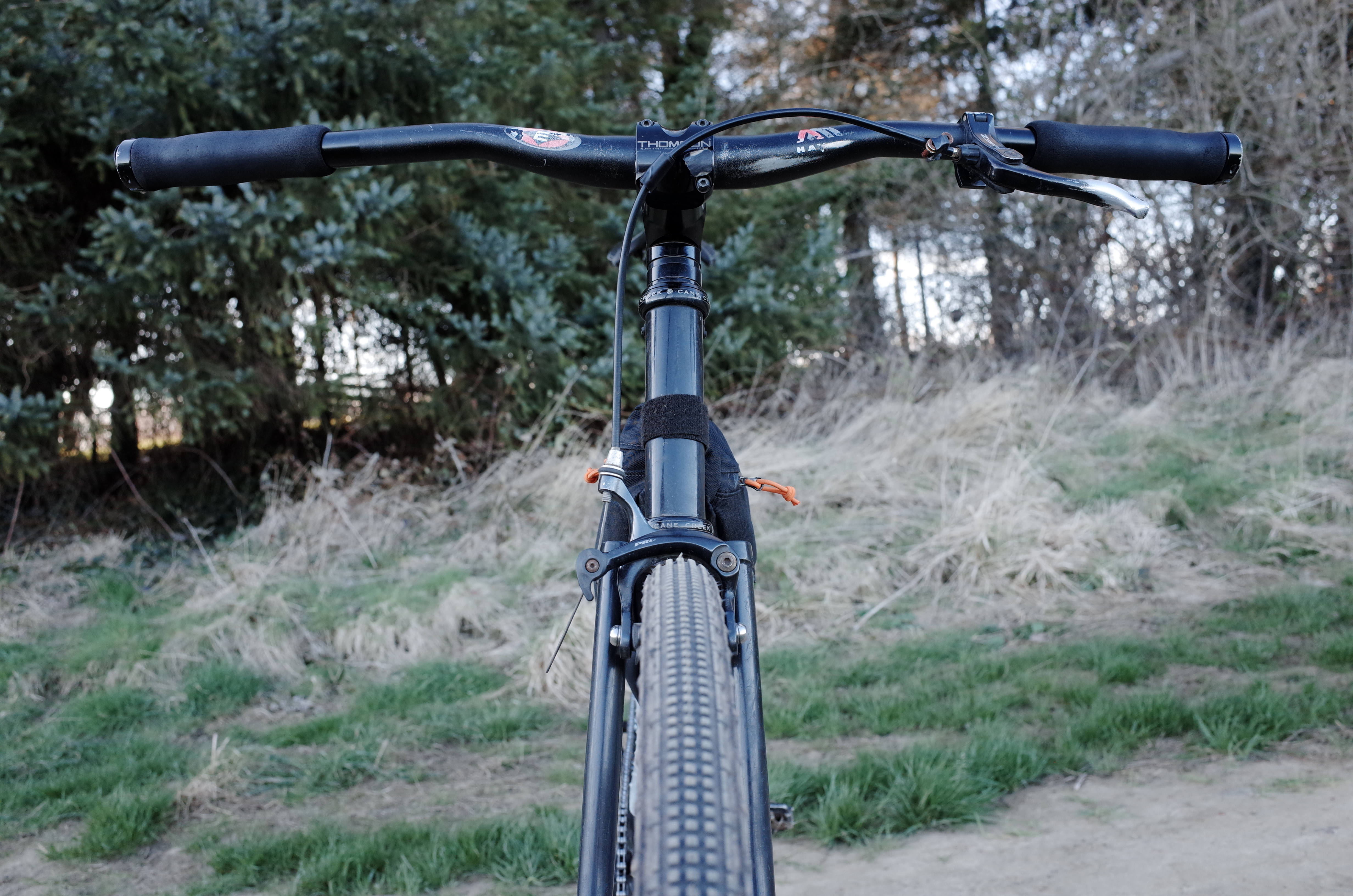 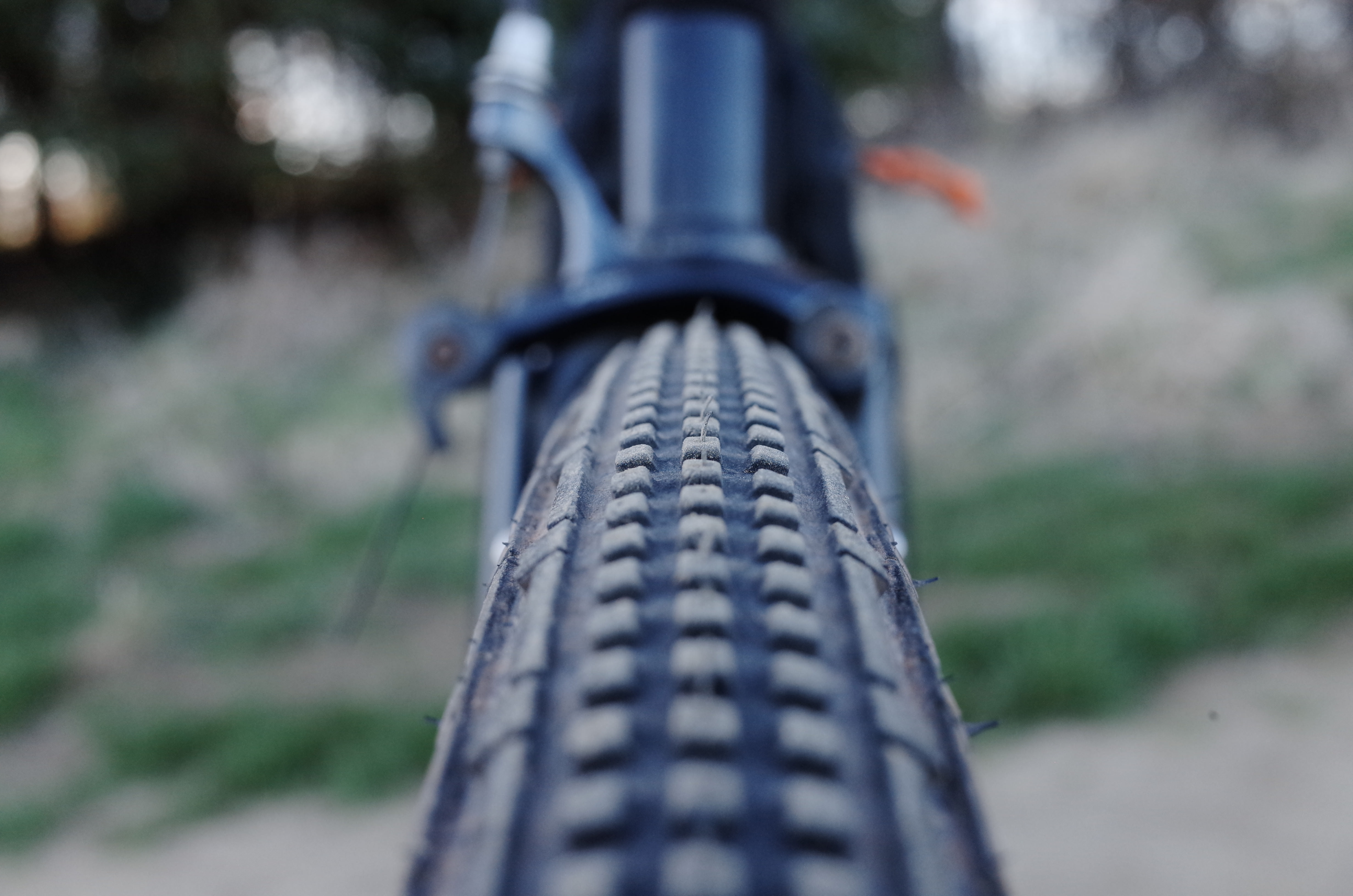 Tyre duties will be taken care of by Panaracer Gravelking SK’s which have proved themselves on many trips and are a popular choice for the Reiver. 60psi should keep the puncture demons and boring gnarmac debates to a minimum. The front wheel has been rebuilt by the great and mighty Mr Allan and is now running in a dependable XT hub. The rear wheel has been serviced the bike is feeling much better for it. 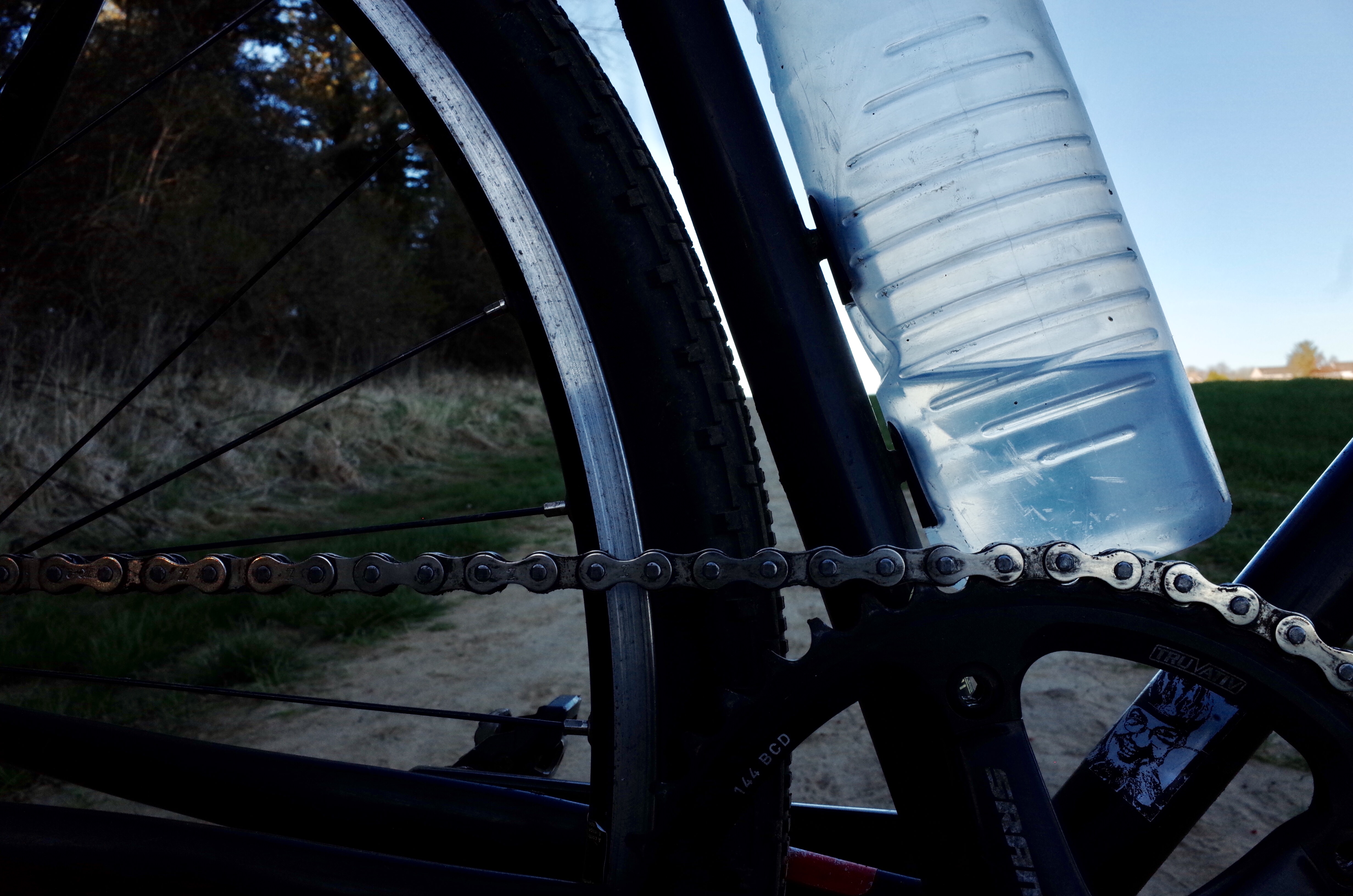 A tyre clearance is less than ideal but should let me flip the wheel and run 48×19 if I want. Everyone knows bikes look better #TUKT anyway, lets just hope the ground stays dry and no little rocks go in there. 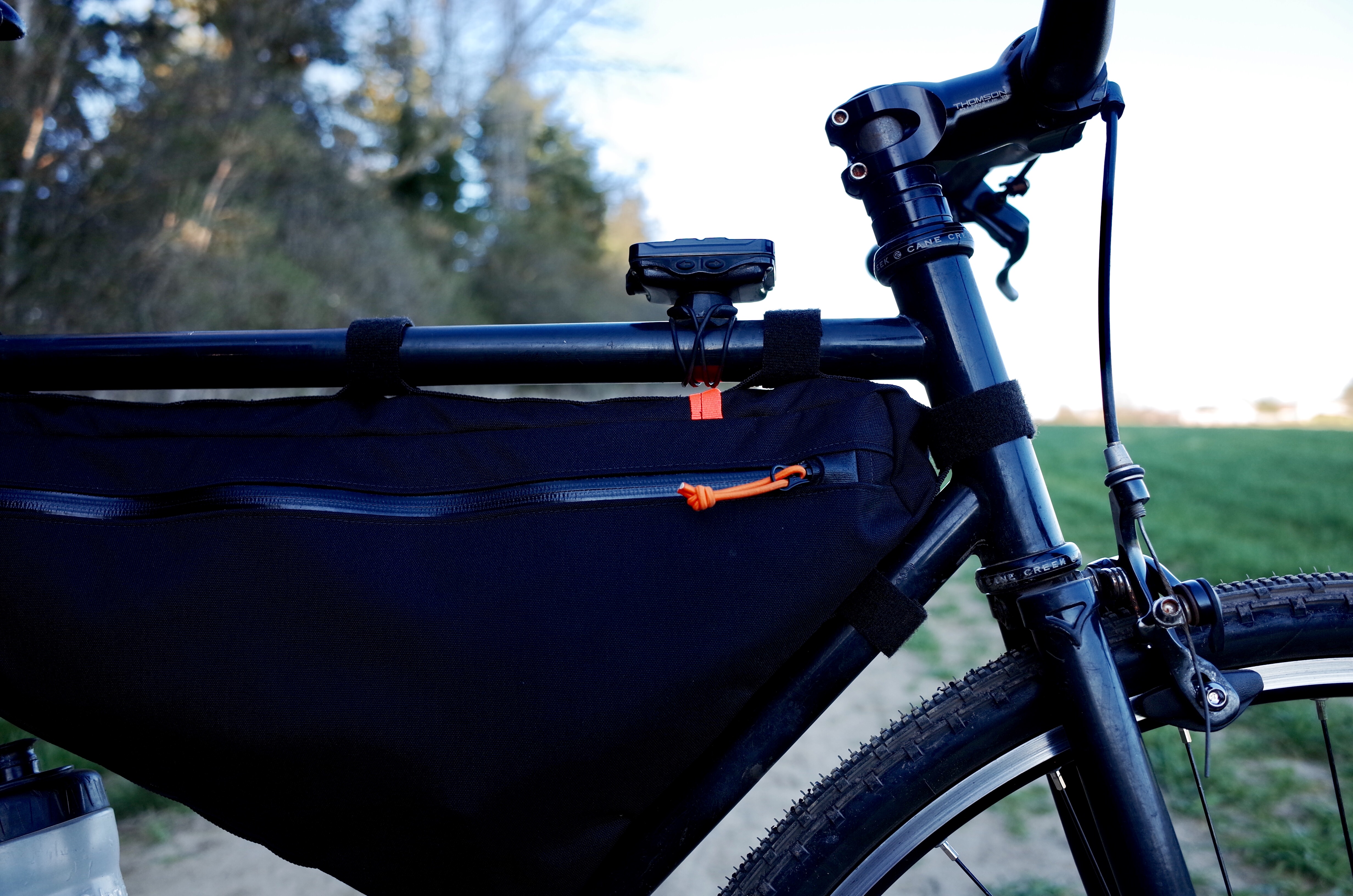 One thing that has come together is my storage. Straight Cut Design have set me up with a custom frame bag that will easily swallow all my snacks, tools and clothes. Using a quick template I drew up Ross has put together a really well-fitting bag with a large main compartment and a handy little stash pocket for money and keys. Made from cordura, it features a simple velcro strap ladder system to assure that the bag stays in place and allows my legs to get on with their work. 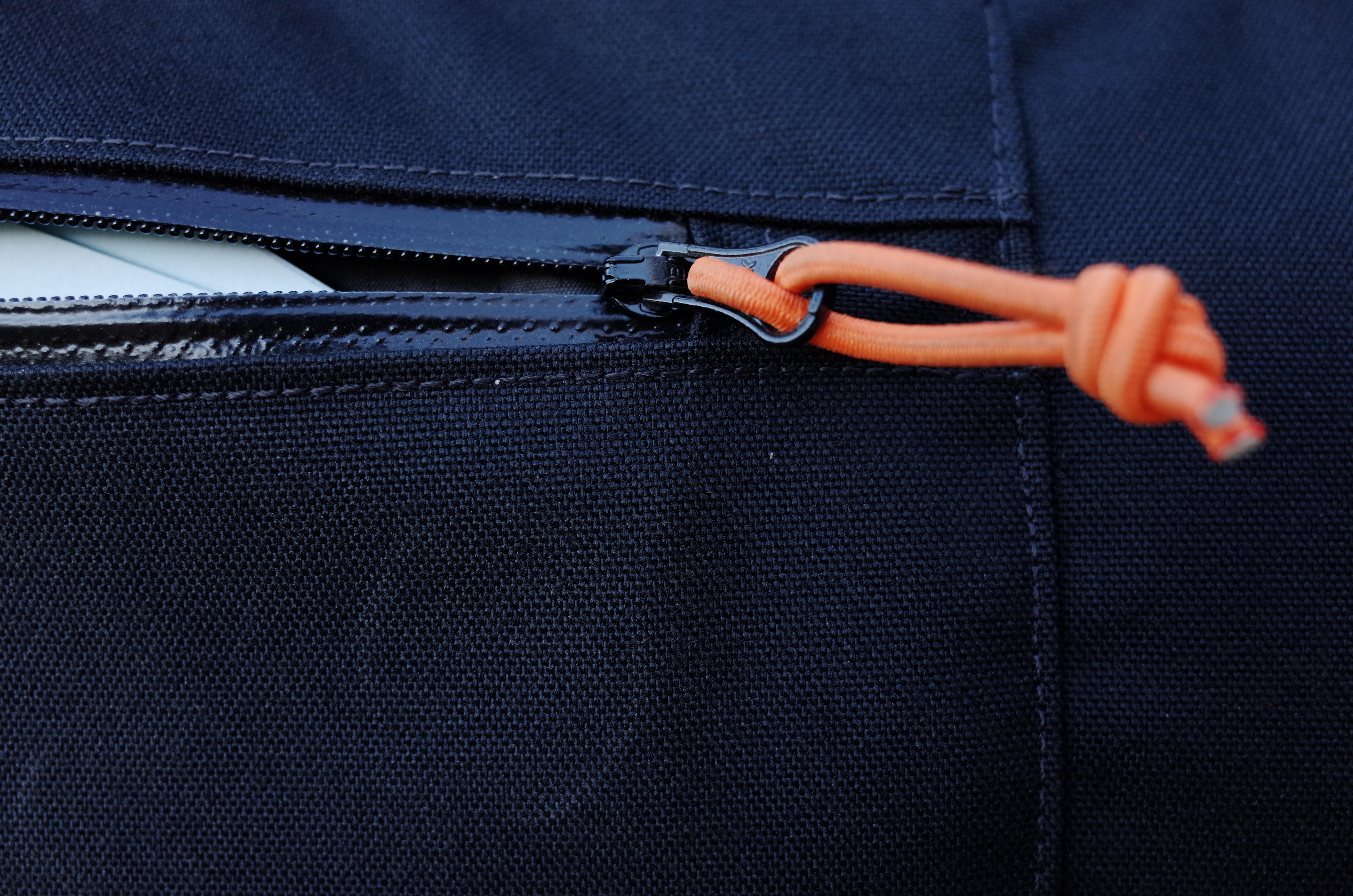 And yet again I have signed up to a gravel race which is grossly inappropriate to ride fixed. Of course I could have signed up to the Dirty 130 but with the 200 I can get all the fun of the short route with some added type 2 fun to finish the day off. If I am being honest I am not feeling confident. It has been a while since I put in any significant miles and I suspect that the time spent skiing was probably not the best cross training. Maybe the climbs won’t be as brutal and relentless as everyone says, maybe the 7 weeks of not really riding is actually the perfect tapering period and maybe the sun will shine lots. Probably wishful thinking. Game plan is to eat lots of winegums and pray that the finish line comes before my legs blow up and the body wagon collects me.

See you at the cut offs. 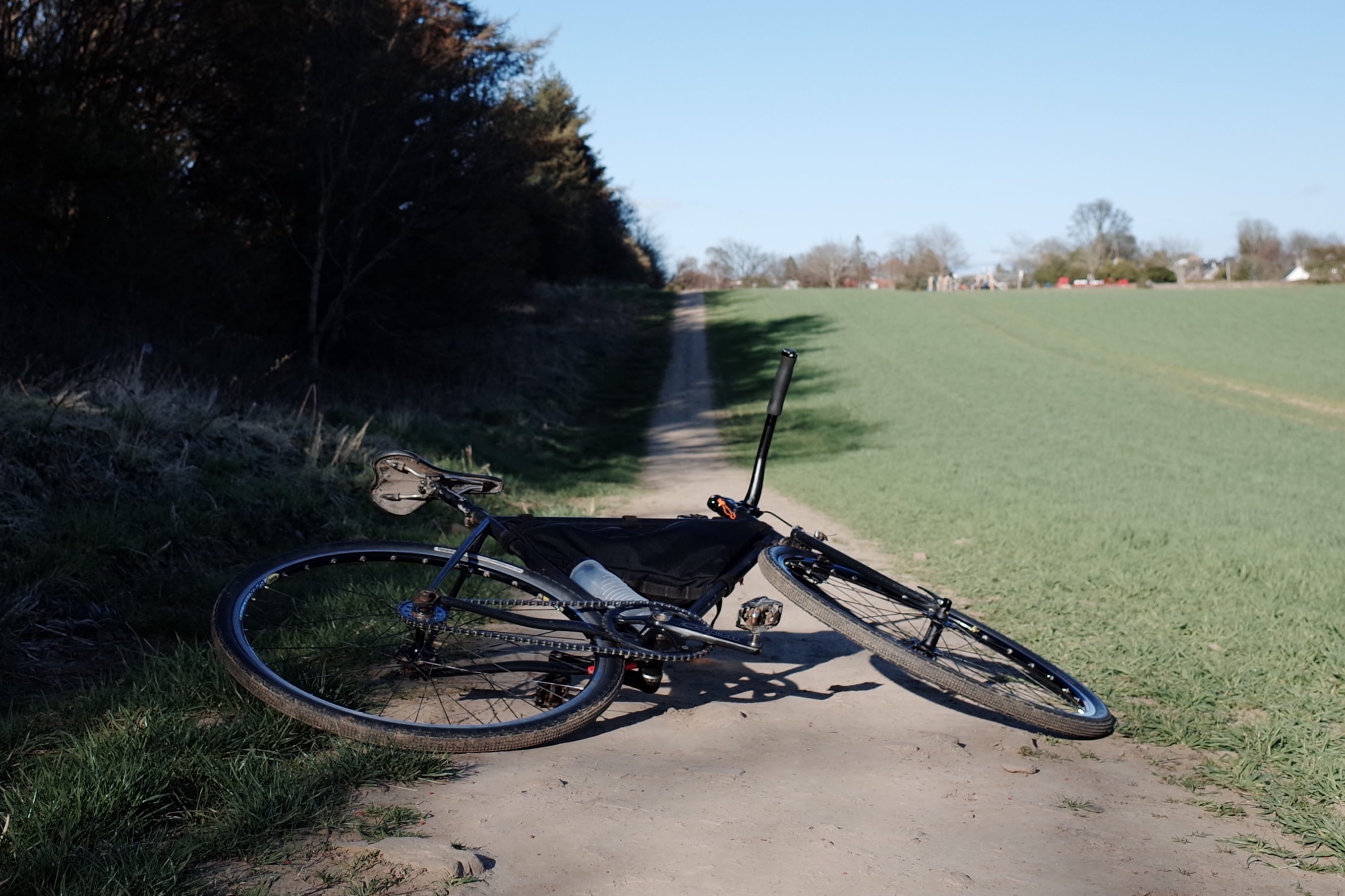